Adams + Swann partner Pete Adams recently watched The Greatest Showman at home with his family. The film showcases P.T. Barnum’s story of rising from a simple tailor’s son to the heights of the entertainment business in the mid 19th century. Although this movie has Hollywood elements of story telling, there are five business lessons entrepreneurs and business owners can learn from his life.

Fill a Gap in the Market

Without much to entertain them, P.T. Barnum used a mix of fantasy, the bizarre and showmanship to delight the working class people who bought tickets to his shows. He realized entertainment was primarily a wealthy person’s luxury, but everyday people wanted and deserved to see something inspiring and awesome. The local opera and drama houses looked down on these people and ignored the market that existed for services aimed at them.

Business Lesson #1: Know your market, and fill a gap that exists.

Build and Cultivate Your Team

P.T. Barnum sought out what most people of the time would call “freaks” for his show. From a bearded lady to a dwarf and trapeze artists, P.T. Barnum saw the potential of his team go from outcasts to those who received adoration and applause. He knew they offered specialized skills that would help his growing business and cultivated the right culture to help them succeed individually.

Business Lesson #2: Find the right people to fill out your team, and cultivate their unique talents.

Work on Your Pitch

P.T. Barnum was a master salesman. Some even called him a hack or a fraud. Either way you look at him, his method of pitching his business and selling his product was genius. He knew the value of his offering and delivered his message through conventional and unconventional means.

From face to face sales on the street to signage and early forms of advertising, P.T. was able to tell his story and show the value his product could bring to his audience.

Business Lesson #3: Hone your unique pitch and deliver your message through advertising and digital marketing. 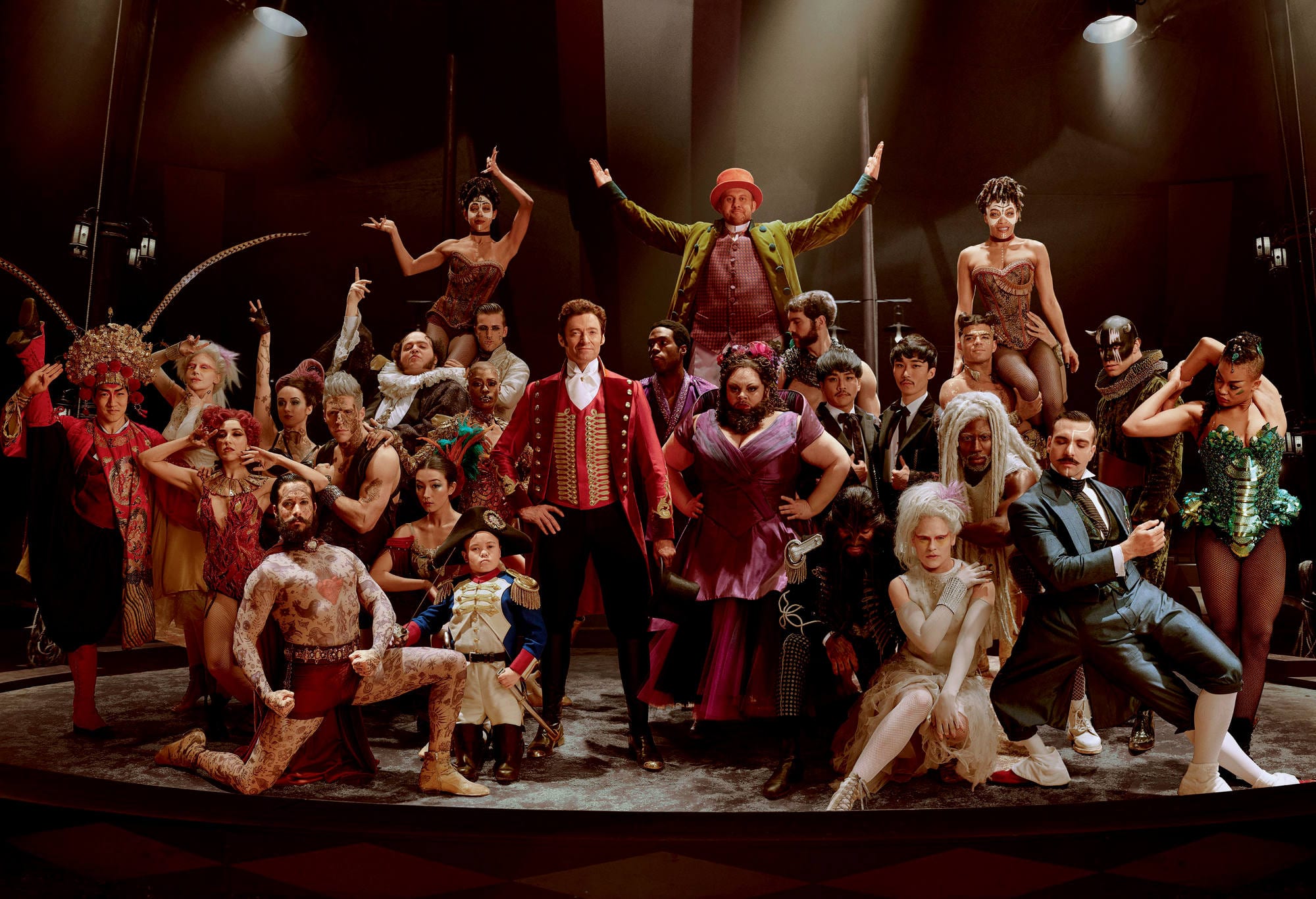 No man has a right to expect to succeed in life unless he understands his business, and nobody can understand his business thoroughly unless he learns it by personal application and experience.
P.T. Barnum

Hugh Jackman (P.T. Barnum) played the lead role in The Greatest Showman along with a cast of characters portrayed by actors that included Zac Efron, Michelle Williams and Zendaya among many others.

Take Care of Your Family

While P.T. Barnum’s drive was admirable, he let the passion of his work affect his family. At first his family was part of his vision and they helped him start. However, throughout the movie he let his vision take him further away from the ones he loved the most – his wife and two daughters. As business owners or entrepreneurs it is important to remember to take care of those closest to you and not to get too carried away.

Business Lesson #4: Losing your family for the sake of your business is just not worth it.

At the end of the movie, P.T. Barnum returned to New York with his family in shambles and his business burnt to the ground, and headed to a bar to drink away his sorrow and guilt. There, his team found him and inspired him to continue. He then found a newfound drive, repaired his broken family and arrived with a genius idea to get him through.

Without the ability to rebuild, he saw a new course of action that made his name famous, and his brand survive for another 100 years. Since he could not rebuild due to financial circumstances, he shifted to holding his shows in a tent. In practical terms, the tent was cheaper, and strategically, he now could take his show on the road- what we now know as the traveling Barnum and Bailey Circus was birthed from financial crisis.

Business Lesson #5: Crisis can be an opportunity for growth if you allow it to be.

We hope you enjoyed our business recap of The Greatest Showman. If your business needs a revenue boost or ways to tell your unique story, Adams + Swann, would like to help you succeed through advertising and digital marketing services.